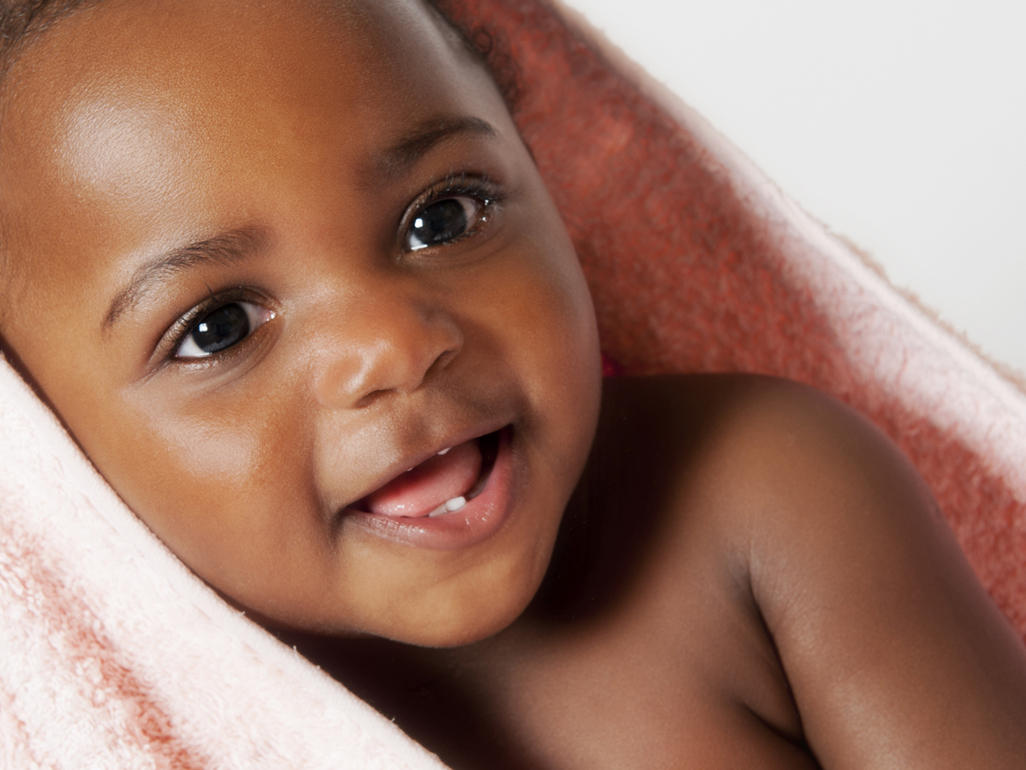 It can take two years before all of the infant teeth have made their way through your baby’s gums. The process as each tooth emerges is called “teething.” It can be a trying time for you and your baby.

Teething is uncomfortable. That’s why your baby cries and fusses in the days or weeks before each baby tooth pops up.

The list below shows symptoms that a teething baby may experience. While most parents usually agree that some or all of the symptoms below happened around the time of teething, it is still recommended that if your baby experiences any of these symptoms you check with your pediatrician to rule out other possible causes for the symptoms.

Irritability: As the sharp little tooth rises closer to the surface your baby’s gums may become increasingly more sore and painful, leading to your baby being very fussy. The pain and discomfort is most often worse during the first teeth coming in and later when the molars come in because of their bigger size. This is most often the case since babies become accustomed to the sensations of teething and learn to live with them. But you may find your baby may be fussy during the whole time that every tooth comes in. Every child reacts differently.

Drooling: From three to four months of age you may see your baby start drooling more often than normal. Teething stimulates drooling, which is often worse with some babies than others.

Coughing: The extra saliva can cause your baby to occasionally cough or gag. This is usually nothing to worry about as long as your baby seems fine and shows no signs of a cold or flu and does not run a high fever.

Chin rash: If your baby is a big drooler, the constant contact with saliva can cause the skin around the chin and mouth to become irritated. To help prevent this, gently wipe your baby’s mouth and chin periodically throughout the day.

Biting & gnawing: A baby that is teething will gnaw and gum down on anything she or he can get their mouth around. The counter pressure from biting on something helps relieve the pressure from under the gums.

Cheek rubbing and ear pulling: Pain in the gums may travel to the ears and cheeks particularly when the back molars begin coming in. This is why you may see your baby rubbing their cheeks or pulling at their ears. However, keep in mind that pulling at an ear can also be a sign of an ear infection.

Diarrhea: While this is a symptom that is disagreed upon by physicians, researchers and parents, most parents usually notice slightly looser bowel movements when a baby is teething. While the recent study done by the Children’s Hospital in Australia found this to be the most common symptom of teething, there are still many people that will agree and disagree with this recent study. It is believed that the most likely cause of this is the extra saliva swallowed, which then loosens the stool. Be sure and report any diarrhea to your doctor that lasts more than two bowel movements.

Low-grade fever: A fever is another symptom that doctors are sometimes hesitant to directly link with teething. But there are many parents who will disagree with this and find their baby gets a slight fever while teething. The best thing to do is be extra safe and notify your doctor if a fever last more than two days.

Not sleeping well: With teething pain happening during the day and night, you may find your child wakes more often at night when the pain gets bad enough. Most parents agree that the night waking happens more often during the first set of teeth and with the molars.

Cold like symptoms (runny nose, etc.): Some parents find that their baby will show signs of having a cold. Runny noses, coughing and general cold symptoms are believed to come from the baby having their hands in their mouth more often. Play it safe and always notify your doctor if symptoms such as this occur.

However, there are several things that you can try to help ease the pain of teething; some work and some don’t, but most parents agree they’re always worth a try. Teething rings, water filled and chilled rubber teething toys; mum and dad’s fingers can all provide counter pressure that can sometimes bring relief. Offering your baby a cold bottle of water can also help. If sucking on the bottle bothers your child, offer a cold cup of water. The water can also help replenish your baby’s fluid if they’re drooling a lot or have loose bowel movements.

If your baby has discomfort while teething, you can:

Cold things/food -In the same way that ice works on a sprained ankle to numb pain and reduce swelling, cold compresses and food soothe sore gums.

Place a wet washcloth in a clean plastic bag and chill it in the refrigerator. (For an extra soothing touch, first soak it in chamomile tea, which has been shown to calm fussy babies and help them sleep.) When you remove the washcloth from the bag, your child will enjoy munching on it because the fabric massages the ridges in her gums while the cold numbs the pain.

Try a refrigerated pacifier or teether. (Don’t store the teether in the freezer because when frozen it can get hard enough to damage a baby’s gums.)

There are a variety of refrigerated teethers, including some with plastic handles so your baby’s hands won’t get cold. Liquid-filled teethers work well, but watch for leaks. Firm rubber teething rings are a good alternative. Whichever kind you choose, keep an eye on your baby to make sure she doesn’t choke as she gnaws away on it.

If your baby has started solids, offer her chilled (not frozen) fruit in a mesh bag specially designed for that purpose. Or give her a large carrot (not a baby carrot, which is a choking hazard .Hold one end while your baby gnaws on the other.

Cold food has also been found to be helpful by some parents. Chilled applesauce, yogurt and pureed peaches may be more appealing to your baby and also more nutritious than a chilled teething ring.

Pressure– Teething babies love to feel pressure on their gums because it helps distract their brain from the sensation of teething pain.

If your baby rejects cold items, chewing on a teether at room temperature may do the trick. Some teethers even vibrate. If one type doesn’t work for your child, just try another until you find one that helps.

Or give this strategy a go: Gently rub your baby’s gums with a clean pinky finger.

Topical medication – Some parents use a topical anesthetic – a numbing gel or cream that you rub on your baby’s gums – to relieve teething pain. These are available over the counter in drugstores. However, topical medications containing benzocaine shouldn’t be used on children under 2 without guidance from a doctor.

One risk is that the medication won’t stay where you put it. Even if you rub it directly on your baby’s gums, she might swallow some of it with her saliva. This can inadvertently numb her throat and interfere with her gag reflex, making it harder for her not to choke.

In rare instances, benzocaine can cause methemoglobinemia, a serious condition in which the amount of oxygen in the blood drops dangerously low.

Painkillers – When nothing else helps, you can also turn to the infant painkiller. Before giving your child any medication always check with your doctor first. Your doctor will tell you if it’s all right and what the proper amount is to give your baby.

Aspirin is off-limits for anyone under 19 years old. Don’t give it to your baby or even rub it on her gums. The drug is associated with Reye’s syndrome, a rare but potentially life-threatening condition.

Fever, vomiting, and diarrhea aren’t normal symptoms of teething. If your baby has a persistent fever, gets worse, or seems sick, see a doctor.

CARING FOR YOUR BABY'S TEETH