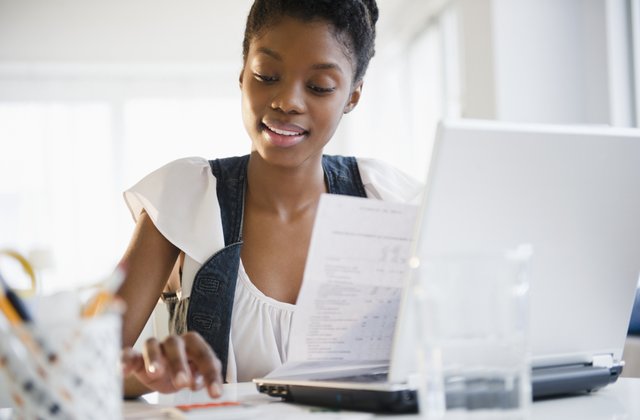 Success comes in many shapes and forms, and it certainly doesn’t happen overnight. But behind every successful woman are financial habits that keep her on track and keep her financially savvy.

A successful woman knows exactly how much money she has earned and where it has come from. She accounts for it all and makes sure every cent she earns is working as best as it can for her.

How much did you get paid last week, month, year? Do you earn money from shares or interest accounts? Do you know how much? What about all the little things that you sell on Facebook groups? Do you keep track of those too?

Keeping track of your finances is step number one in being in control of them. .

A successful woman never pays late fees because she is organized and knows what is due and when.

She knows her water bill is due in two weeks and has budgeted for it, she knows that she has her business registration fees due at the start of every month and they are always paid on time.

She avoids nasty surprises as much as she can but knows they do pop up and guess what? She has a budget for that too.

When it comes to her money, she is organized and on top of it.

A successful woman never lives on credit – she doesn’t purchase above her means and certainly does not live a champagne lifestyle on a beer budget.

She understands that this is just an appearance of wealth and she has no desire for that, she is motivated by actual wealth and knows that means so much more than just the dollar figure in her bank account.

When do you EVER have the exact same budget week after week? Even if you’re lucky enough to have a stable pay, your expenses change.

Electricity due? Planning a trip away and need to budget extra diesel? Perhaps you’re going out to dinner on the weekend with your family and need to add that expense in? Budgets that are realistic and account for every known expense are far easier to stick to and allow the most financial control

A successful woman knows how much her debts are costing her and pays the most expensive ones off first. The ones that cost her the most in interest, fees, and just keep her in debt longer.

She also knows the difference between debt with the most owing and debt that is costing the most money.

A successful woman knows her value; she knows how important it is to invest in herself and allows for this in her budget.

While it can be easy to get caught up in sticking to a strict budget and not spending any money on herself, a successful woman knows this makes her less likely to actually stick to her budget for a long period of time.

She rewards herself when she reaches financial goals and allows money for herself in her budget – even if it is as simple as a magazine and manicure. She knows how important it is to feel good in herself.

A successful woman knows that she can easily save in excess of Ksh. 1,000 a week from simply making a coffee for herself at home instead of picking one up on the way to work.

She buys her favourite beauty supplies when they are on sale instead of paying full price and She never has to pay late fees because her bills are always paid on time.

A successful woman has far too many important things to invest her money in rather than spending unnecessarily. But she is able to do so, without feeling like she us missing out.

Just because you CAN afford to buy the latest Coach handbag, new iPhone, coffee every day or other lavish item doesn’t necessarily mean that you should purchase it.

We all should have treat items and purchase the occasional bigger ticket item… but they are occasional and calculated expenses… not frequent and impulsive purchases.

And she contributes to them regularly. A successful woman knows she needs a backup plan, she knows that sometimes unexpected things happen that could possibly leave her without an income for a period of time, or an emergency could come up which could require a big outlay on her behalf.

Whatever the circumstance, a successful woman is prepared. She is also smart enough to know that these savings need to be easily accessible in case of an emergency.

And these are separate to her savings. Either way, you should be contributing to your retirement fund from an early age, as in during your 20’s – not waiting until your 50’s to start contributing.

Either way, you should be contributing to your retirement fund from an early age, as in during your 20’s – not waiting until your 50’s to start contributing.

But remember, you don’t have to focus all of your contributions on an actual ‘fund’ in order to build your wealth. You can do so by adding other long-term investments into the mix and not relying completely on a retirement fund. Smart.

Most importantly of all, she knows that her happiness does not rely on the amount of money in her bank account.

She doesn’t mope about when there is less money than she would like and she doesn’t need a massive figure in her account to feel good about herself.