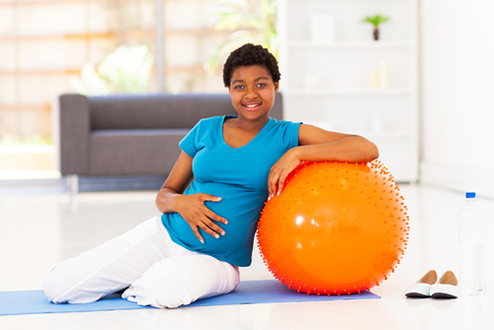 Experts agree, when you’re expecting, it’s important to keep moving: Pregnant women who exercise have less back pain, more energy, a better body image  as well as faster return to their pre-pregnancy shape. Being fit doesn’t have to mean a big time commitment or fancy equipment. some workouts are simple and can be done at home, and safe to do in each trimester.
Of course, consult with your doctor before you start any exercise program. Some women will not be able to exercise during pregnancy because of specific conditions or complications.

How do you get started?

The first thing that most newly pregnant exercisers worry about is miscarriage — thanks to age-old myths that have women believe that a bout of strenuous exercise can harm the baby. There is no real evidence that exercise is linked to miscarriage. Heavy exercise isn’t going to hurt your baby, but it will tire you more quickly than it did pre-pregnancy.

The amount of blood a woman has increases during pregnancy by about 50 percent, and her heart needs to work harder to push all that blood around — including circulating it through the placenta, an extra organ. That means the stress on your heart will be 50 percent greater for the same exercise that you were doing before pregnancy. So you can work just as hard doing less than you did before you were pregnant.

Pregnancy isn’t the time to push yourself to the max, but it’s also okay — and good for you — to get your heart rate up with cardiovascular exercise. In the first trimester, when you’re not any bigger and don’t yet have balance issues, you may be able to exert yourself more if you’re not too tired.

How Will you feel While Exercising During Pregnancy?

Pregnant women often notice that they feel out of breath more quickly than they used to. You may assume this is a sign that you’re out of shape.

In fact, during pregnancy you’re breathing 20 to 25 percent more air because you need to get rid of the carbon dioxide levels in your own blood — and in your baby’s. (Babies in utero aren’t breathing on their own, but they’re still producing carbon dioxide, which transfers to the mother’s blood. She needs to breathe more so she can get rid of it.) So breathing more doesn’t mean you’re any less fit. It simply means that your body is adapting exactly as it should.

What Exercise Should You  Avoid During Pregnancy? 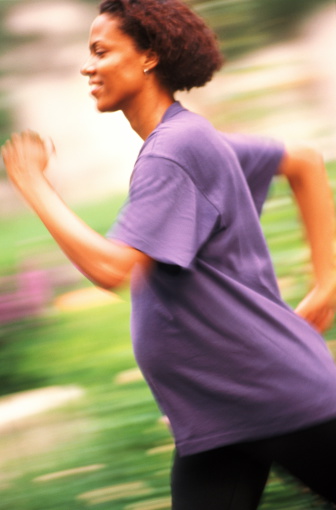 For women who are already in top shape, exercising during pregnancy is about maintaining their fitness, not about making fitness gains.

While there are some things to avoid, such as scuba diving, horseback riding, or any contact sport that could cause blunt-force trauma to the abdomen, there’s relatively little that pregnant women can’t do.

Even the longstanding prohibition against exercising on your back is somewhat of a myth It’s true that lying flat on your back late in your pregnancy can cause your growing uterus to push down on the veins whose job it is to deliver blood, leading to decreased blood flow. Blood can get shunted away from the uterus, and you might feel light-headed. But performing exercises on your back for a short period (such as a series of Pilates moves) is not likely to do any harm, and you would feel uncomfortable long before your blood flow was compromised.

A Trimester-by-Trimester Guide to Exercise 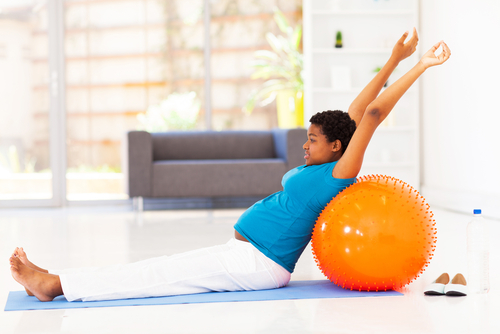