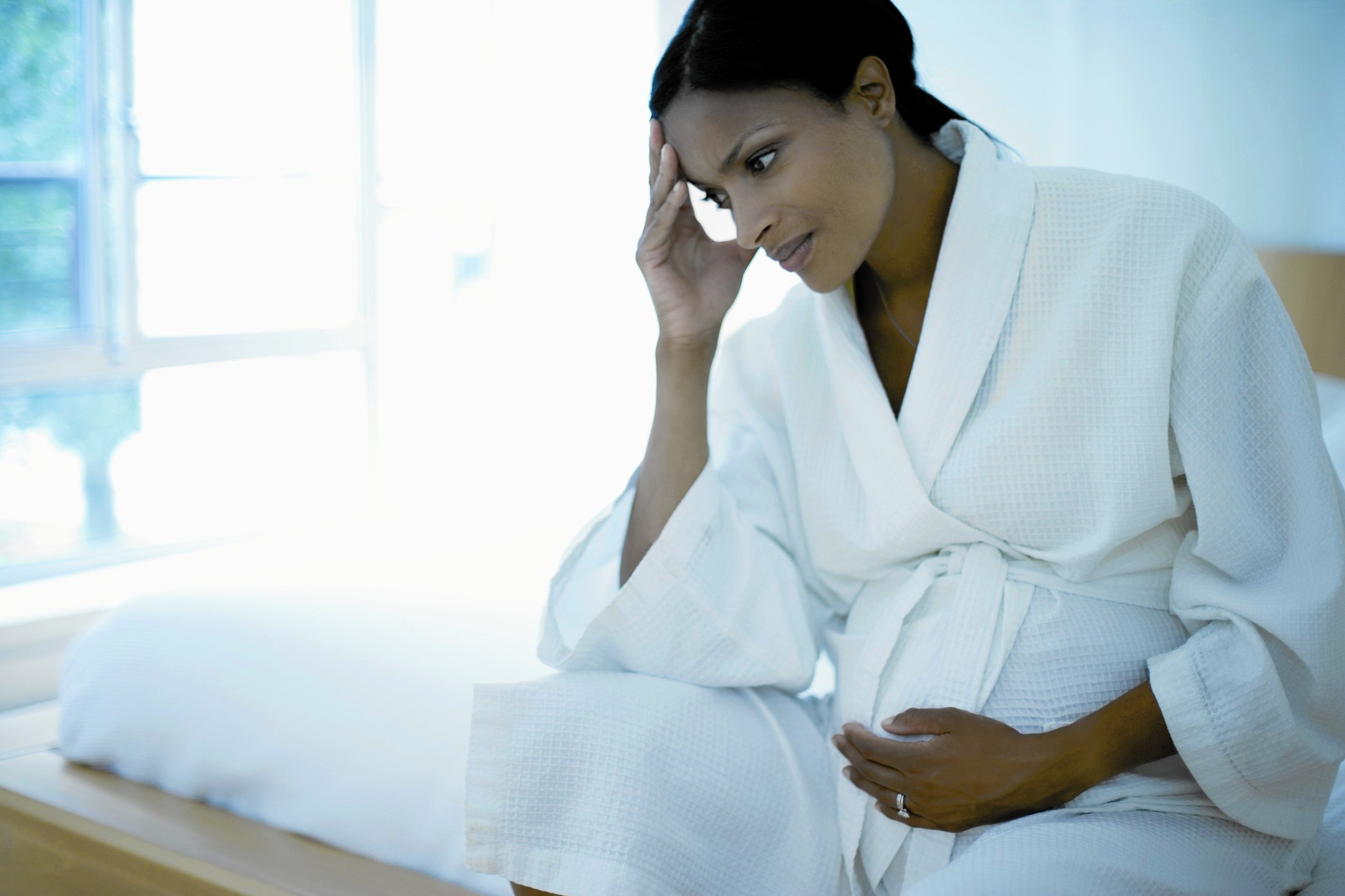 The physical changes in a woman’s body during pregnancy receive plenty of attention, but less consideration is given to the emotional changes she could be experiencing.

In addition to her physical health, a woman’s emotional well-being and her mental outlook can also play important roles in pregnancy.

During the nine months, a woman’s moods and emotions can range from the highs of feeling overjoyed and excited about having a baby to the lows of feeling impatient and scared as the delivery and motherhood approaches.

Pregnancy can also bring up other emotionally charged issues, such as difficult family relationships, insecurities and unrealistic expectations, which may have previously been suppressed or ignored. It is a huge transition in a woman’s life, and it involves a complex mix of emotions, both good and bad.

At a biological level, the hormones estrogen and progesterone are ramping up. Some women are more sensitive to changes in progesterone, and this may make them more irritable.

There are a lot of issues a mother-to-be must work through both psychologically and socially. These issues may include: What will a baby mean for my life going forward? How will a child affect my relationships, and will I have support from my partner and family members once the baby arrives? Will I be a good mother, and how will I handle my new responsibilities?

There are also practical concerns associated with bringing a new life into this world, such as being prepared financially for an addition to the family or living on one income, if a woman decides not to work outside the home.

Pregnancy can be an exciting time but it’s also very stressful, which can cause emotions to run high. Women are advised to be aware of their thoughts and feelings, and to find a place to talk about these feelings and work through them.

Here are eight common emotions a woman may experience before and after her baby is born.

Whether it’s described as moodiness, irritability or crabbiness, pregnancy can bring a roller coaster of emotions.   Pregnancy is a transition point in a woman’s life and during any transition; a person’s emotions can be up and down. Some women’s emotions don’t change that much when they are expecting, but it’s not unusual for women to have mood swings, especially during the early and late stages of pregnancy.

Fear is another common emotion during pregnancy. In the first trimester, a woman may be afraid of having a miscarriage or doing something that will affect her baby’s health; in her second trimester, she may start to question whether she will be a good mother and be frightened by the enormous responsibilities of caring for a newborn.

By the end of her pregnancy, a woman may be scared of being in pain during labor or concerned that something could go wrong during delivery.

There is a lot a woman does not have control over during pregnancy, and this uncertainty can fuel fearful thoughts. Having some fear is normal, but a woman needs to recognize when a fear is getting stuck in her head or whether she can cope with it.

Often anxiety and fear can go hand in hand, fear of uncertainty that often comes with pregnancy can lead to anxious thoughts.

Anxiety is a normal emotion and people have it for a reason, on a biological level, both the anxiety and fear systems in the brain ramp up during pregnancy. These changes help ensure that a woman keeps her baby safe, cared for and protected after she gives birth.

If a woman has had anxiety in the past, she is more at risk of having it during her pregnancy because of the increased stress she may experience.

The mental fogginess and occasional memory lapses that could cause a woman’s keys to be misplaced and her cell phone to go missing has sometimes been described as “pregnancy brain” or “baby brain.” (These same symptoms are referred to as “mommy brain” or “momnesia” after giving birth.)

Although a common complaint, studies of memory and other cognitive changes in pregnancy and early motherhood have shown mixed results. Some research has suggested that fuzzy thinking and forgetfulness before and after birth may be a result of hormonal fluctuations, especially higher levels of progesterone. Sleep deprivation or the stress of adjusting to a major life transition may also be to blame.

In addition, there’s some evidence that the hippocampus, the part of the brain involved in memory, may change during pregnancy. With all that’s going on in a pregnant woman’s body and all the thoughts running through her mind, it makes sense that a woman may not be remembering some things, she said. But other reasons for forgetfulness could be that a woman is prioritizing things differently and doing more multitasking..

Women may cry more easily and frequently when they’re expecting and in the early stages of new motherhood because these experiences involve a complex mix of emotions. Sometimes tearfulness is how our emotions come out, she explained. Fluctuating hormone levels may also contribute to crying spells. If a woman has been crying a lot and it doesn’t seem to be letting up, it may be a symptom of depression, which can affect about 10 percent of women during and after pregnancy.

During the second and third trimesters, as a woman’s baby bump becomes more visible and she gains more weight, she may feel dissatisfied with her body and its appearance, and this may affect her self-esteem.

Some pregnant women marvel at their rapidly changing bodies and feel radiant, while others worry about the weight gain and regaining their figures after delivering.

These changes to a woman’s looks shape and perceived attractiveness may bring up a complicated mix of feelings.

Research has shown there are changes in the brains of pregnant women, toward the end of pregnancy. The brain’s reward system ramps up in preparation for the baby’s arrival, and this help make parenting a rewarding experience.

There are also social activities and preparations for motherhood, such as attending a baby shower, baby-proofing the house and decorating the nursery, which can all lead to a nesting instinct. Some women may feel a strong urge to cook, clean and organize during the third trimester as a way to mentally prepare for the changes a new baby will bring and to feel more in control of the situation.

It was once thought that being pregnant was protective against depression as well as other psychiatric illnesses because of high levels of estrogen, but now it’s known that this is not the case. A pregnant woman has a similar risk of becoming depressed as a woman who is not having a baby.

The postpartum period is a particularly vulnerable time for women, especially for depression. The risk for postpartum depression may increase due to a sharp drop in estrogen and progesterone after giving birth and because a new mother may not be sleeping or eating well.

In the first few days after giving birth, up to 80 percent of women may experience the “baby blues.” They may have symptoms ranging from feeling sad and overwhelmed to problems sleeping and frequent crying. Symptoms of the baby blues usually go away two weeks after delivering.

But if a woman has more severe symptoms that last more than two weeks, such as feeling numb or lacking interest in her baby, or she is having thoughts that life is not worth living or of hurting her baby, she needs to reach out and seek help. These are all signs of postpartum depression, a condition that may affect about 10 to 20 percent of women who give birth each year.

It turns out that the brains of women experiencing postpartum depression are different from those who are well, according to research published in 2010 in the American Journal of Psychiatry.

Researchers found that regions of the brain linked with processing emotions were less active in women with postpartum depression than they were in mothers who did not have the condition. This may explain why these mothers typically have trouble bonding with their newborns, the researchers said.

New mothers who have just had a baby are reminded that they need to make time for self-care, whether that means taking a shower or going for a walk.

What’s really important when taking care of others is to make sure a woman builds in some time to take care of herself.

For women who are experiencing depression or anxiety before or after their baby is born, there are a mix of effective treatments, including talk therapy, safe medications and support groups that can reduce or eliminate symptoms.