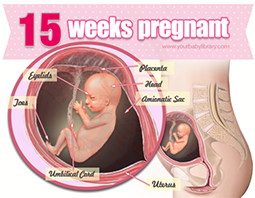 While baby’s moving a ton on the inside, you might be moving a ton — between the sheets. Now that you’re at 15 weeks, you’re probably feeling very high energy, and that means high libido, too. Your partner isn’t feeling nearly as frisky? That’s totally normal too. Let’s face it, the thought of baby being so close while you two are, um, doing the deed, can freak a guy out. Remind him that baby has no idea what’s going on — and, as long as your OB hasn’t given you any activity restrictions — sex won’t hurt baby or threaten your pregnancy. Of course, you might be dealing with some not-so-sexy pregnancy symptoms during week 15, like nosebleeds, stomach issues and swollen gums, so if you’re not feeling up to sex, it’s completely understandable.

your baby’s the size of a navel orange! 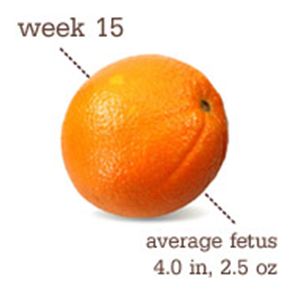 The average fetus at 15 weeks weighs 2.5 ounces and measures 4 inches — and his proportions are becoming even more normal, since his legs now outmeasure his arms. 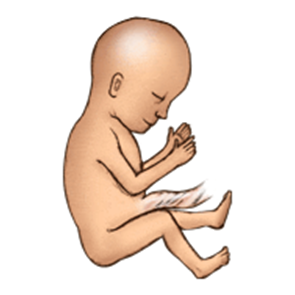 your baby at 15 weeks